The PM-bound metallic elements in 43 daily PM1 samples collected at Mount Tai during a summer campaign were analyzed by ICP-MS. The PM1 concentrations ranged between 11.02 and 83.71 µg m–3, with an average of 38.98 µg m–3, and were influenced by meteorological events, exhibiting an increasing trend in the early stage of rain, followed by a significant decrease denoting efficient scavenging. Higher elemental concentrations were detected at Mount Tai than at other overseas background sites. According to the enrichment factor (EF) and geo-accumulation index (Igeo) calculations, among the 16 considered elements, Mn, Al, Co, Sr, Mo, Fe, Ca, V, Ti and Ni in the PM1 were mainly of crustal origin, while Cu, Cr, As, Zn, Pb and Cd were primarily due to anthropogenic causes. Source identification via Pearson correlation analysis and principle component analysis showed that coal mining and coal burning activities, metal processing industries and vehicle emissions were common sources of heavy metals on Mount Tai; these results were consistent with the air mass analysis. The estimated hazard indexes for all population groups (the elderly, males, females and children) were smaller than 1, suggesting that non-carcinogenic effects due to heavy metal inhalation were unlikely to occur. However, in the present study, the incremental lifetime cancer risk values were about 10 times higher than the reference value of 1 × 10–6, indicating a potential health risk to the general population. 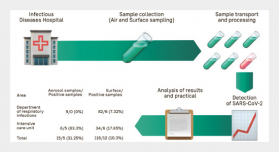