During the NASA DISCOVER-AQ (Deriving Information on Surface conditions from Column and Vertically Resolved Observations Relevant to Air Quality) campaign conducted in July 2011 across metropolitan Washington, DC, 25 daytime ozonesondes were launched from the Howard University Beltsville Campus (HUBC), representing the highest temporal density of measurements ever taken over the region. Time-height depiction of ozone concentration reveals considerable variability near the surface and in the mid/upper troposphere. Meteorological influences are assessed using the synoptic and mesoscale information, which revealed that periodic stratospheric intrusion of ozone-rich air was the main mechanism for elevated levels in the upper troposphere. It is also shown that high concentrations of ozone prevalent in the free troposphere were due to a combination of advection and aged air masses, which accounted for over 40% of the total budget. Poor air quality episodes with high surface concentration were due local emissions of precursors and associated synoptic-scale conditions. Breaks in the elevated ozone concentrations in the boundary layer and free troposphere occurred from frontal passages and accompanying storms. In the most unusual case (26 July, 2011), the combined effect of storms followed by two frontal passages and high pressure positioned west of the region led to decrease column ozone as much as 70%. The unusually deep extent of the reduction appears to be related to the temporary cutoff of air advected from fire locations and polluted regions, which dominated the upper troposphere throughout the period. 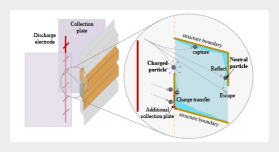