Carbon dioxide from fossil fuels and industrial processes accounted for approximately 78% of the total increase in greenhouse gas emissions from 1970–2010. The economic advantages of reducing fossil fuel combustion and improving air quality, including a reduction in chronic diseases and their associated health care costs, and the economic opportunities associated with the development of alternative energy sources are undoubtedly one of the main initiatives to be defined by governments in the sphere of public health. The objective of this study is to estimate the impact of the addition of different levels of biodiesel to diesel for automotive use on public health, considering changes in the ambient concentration of fine particles. Considering the two most populous metropolitan areas in Brazil, São Paulo and Rio de Janeiro, for a period of 11 years (2015–2025), by increasing the percentage of biodiesel to 20% (B20), it is estimated that there would be 13,000 fewer deaths and a gain generated from the avoided lost productivity of more than US$ 816 million. A total of 28,000 hospitalizations through the public health system would be avoided, generating a cost savings of US$ 25 million. Against the backdrop of a lack of policies and initiatives to combat air pollution, the magnitude of the results points to the importance of such a study in guiding the decisions of government officials with regard to how a city intervention—the addition of biodiesel to improve air quality—will bring a consequent benefit in the area of health. 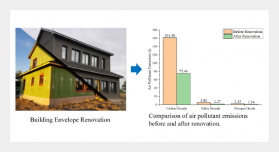 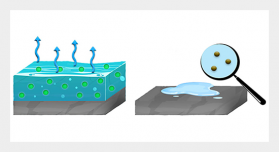