During the Megacity Air Pollution Studies-Seoul (MAPS-Seoul) 2015 campaign, which was conducted from May 27 to June 13, 2015, as a pilot for the Korea-US Air Quality (KORUS-AQ) 2016 campaign, seven flights were conducted around the west coast of the Korean Peninsula, the Yellow Sea, the Seoul metropolitan area, and several urban/suburban areas in South Korea. Signatures of the long-range transport processes over Northeast Asia were then summarized from the following: 1) the presentation of a brief description of the synoptic situation for each of the seven flight missions, from RF1 to RF7; 2) interpretations of both streamline and trajectory analyses that described the meteorological history of an air mass; and 3) the calculation of 17 meteorological parameters, including the geostrophic wind speed, the vorticity at a geopotential height of 850 hPa, and several vertical stability indices. 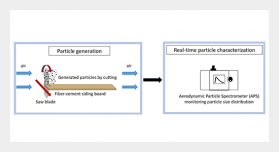