Phthalate esters (PAEs) are abundant semi-volatile organic compounds in fine particulate. PM2.5 bound PAEs can inhale into the body with breath, which can cause negative effects to human health. In this study, total of 266 PM2.5 samples dispersed from nineteen communities in Xi’an, were collected at December, 2013, the heavy pollution periods. Most of them are from residential areas, and four of them are in universities. Much high levels of PAEs were obtained in this study, which were from 271.7 to 2134 ng m–3 (952.6 ng m–3 on average). DEHP was the dominant species, with an average of 402.4 ng m–3, and attributed for 42.2% of the total PAEs, followed by BBZP (146.8 ng m–3 on average) and accounted for 15.4% of the total PAEs. Relative humidity and ventilation coefficient are the two meteorological factors affect the PAEs pollutions during the sampling periods. PAEs showed a declined trend from the urban to suburban. The principal component analysis (PCA) investigated that the release from plasticizer using in vinyl flooring, inks, synthetic leather, adhesives, and food contact wrapping; and emissions from cosmetics and personal care products, varnish, and volatilization from solid waste landfill or sewage sludge from wastewater treatment plant are the main sources for PAEs (86.8% of total PAEs). The daily inhalation and cancer risk assessment displayed that possible risk for all age group persons in this area, and infants are the most susceptible population. 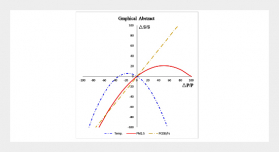