Vertical column density (VCD) of nitrogen dioxide (NO2) was measured using Pandora spectrometers at six sites on the Korean Peninsula during the Megacity Air Pollution Studies-Seoul (MAPS-Seoul) campaign from May to June 2015. To estimate the tropospheric NO2 VCD, the stratospheric NO2 VCD from the Ozone Monitoring Instrument (OMI) was subtracted from the total NO2 VCD from Pandora. European Centre for Medium-Range Weather Forecasts (ECMWF) reanalysis wind data was used to analyze variations in tropospheric NO2 VCD caused by wind patterns at each site. The Yonsei/SEO site was found to have the largest tropospheric NO2 VCD (1.49 DU on average) from a statistical analysis of hourly tropospheric NO2 VCD measurements. At rural sites, remarkably low NO2 VCDs were observed. However, a wind field analysis showed that trans-boundary transport and emissions from domestic sources lead to an increase in tropospheric NO2 VCD at NIER/BYI and KMA/AMY, respectively. At urban sites, high NO2 VCD values were observed under conditions of low wind speed, which were influenced by local urban emissions. Tropospheric NO2 VCD at HUFS/Yongin increases under conditions of significant transport from urban area of Seoul according to a correlation analysis that considers the transport time lag. Significant diurnal variations were found at urban sites during the MAPS-Seoul campaign, but not at rural sites, indicating that it is associated with diurnal patterns of NO2 emissions from dense traffic. 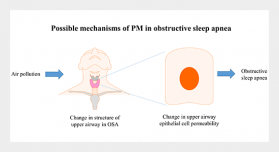