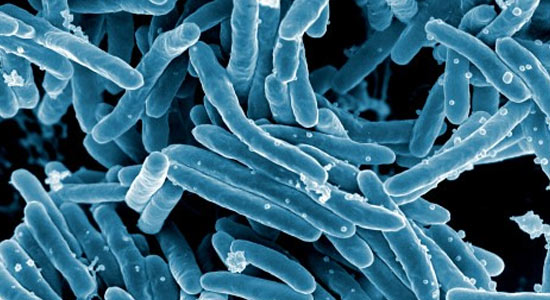 The biological fraction of PM2.5 is considered to be a major cause of various allergies and respiratory diseases. Nonetheless, differences in bacterial and fungal communities in PM2.5 under different air quality conditions are not well known. In the present study, we collected PM2.5 samples from October 15, 2014 to November 12, 2014 when several successive “Asia-Pacific Economic Cooperation (APEC) blue” days were recorded, following the implementation of strict emission control measures to ensure the APEC summit held during November 5–11, 2014 in Beijing. This study analyzed bacteria and fungi in PM2.5 samples through rRNA gene high-throughput sequencing. In total, 690 genera of bacteria and 229 genera of fungi were detected. The variations of species richness and community diversity of bacteria and fungi in PM2.5 were not affected significantly by the emission control measures adopted during the summit and different air quality levels. The bacterial and fungal community structures in PM2.5 collected during the summit exhibited over 83.7% and 79.6% similarities respectively, with PM2.5 collected from air graded as “good” quality (AQI ≤ 100) before the APEC summit. Bacteria and fungi in PM2.5 samples collected at AQI levels between 101–200 and 201–300 before the APEC summit had more than 73.4% and 76.3% community structure similarity, respectively, with PM2.5 samples collected at AQI ≤ 100. The difference between day and night PM2.5 samples was very small for bacterial and fungal community structures. Furthermore, most of the inhalable bacteria and fungi were nonpathogenic and no a clear relationship between air quality levels and pathogens was observed. Our results showed that bacteria and fungi in PM2.5 were less affected by emission control measures and different air quality levels. However, due to the limited number of samples, the relationship between air pollution levels and airborne bacteria and fungi still needs further study.