Notable uncertainties in the aerosol impact on the Earth's radiative budget still remain, mainly at local scales. This study aims to accurately quantify the shortwave aerosol radiative forcing (ARF) and its efficiency (ARFE) at Évora (Portugal, Southwestern Europe). This is an interesting region affected by different aerosol types and sources. Towards this goal, ARF and ARFE are calculated for Évora during thirteen years (2003–2015), which is the longest period ever analyzed for this region. For this calculation, the most updated AERONET data have been used to simulate irradiance with the libRadtran code. Thus, 1676 daily values were analyzed, obtaining a mean ARF of –7.4 W m–2 at the Earth's surface (SURF) and –1.1 W m–2 at the top of the atmosphere (TOA), indicating a cooling of the Earth–atmosphere system. The difference in ARF between TOA and SURF indicates a mean net gain of 6.3 W m–2 for the atmosphere. While no ARF seasonal pattern is observed at the TOA, a clear seasonal cycle is detected at the SURF with the most negative values occurring in summer. On the other hand, ARFE shows mean values of –62.7 W m–2 τ–1 at the SURF and –14.3 W m–2 τ–1 at the TOA. Results show that ARFE highly depends on the aerosol single scattering albedo, showing opposite behavior at the SURF and at the TOA. The large temporal variability detected in the aerosol properties in the region of study confirms the general need for long time series of measurements to achieve an accurate estimation of the ARF and ARFE. 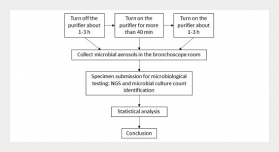