Formaldehyde is the most common volatile organic compound (VOC) emitted from household materials and is associated with many health risks, including sick building syndrome. A potted Hedera helix was used as an air purifier to remove the gaseous formaldehyde. Development of a test platform is necessary to evaluate the indoor performance of air cleaning protocols. The box modulation with a novel volatile pollutant-emitting source was applied in an air quality monitoring experiment to mimic a non-ventilated workplace. The environmental conditions and the pollutant concentrations in the air were measured in real time, and the monitoring data was uploaded to cloud storage media by a wireless technique. Compared with natural dissipation, our results demonstrate a 70% decrease in the required time to achieve 1.0 ppm of gaseous formaldehyde using the biological purifier. In addition, the effect of photo-regulation was not significant in the use of potted plants to remove gaseous formaldehyde. Our study provides an accurate and available platform for the public to determine the health risks of VOCs in their buildings. 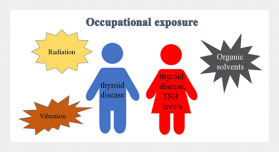