From October till November in 2010 and during March of 2011, when Chinese outflow events were frequently encountered, the chemical composition of submicron particles (PM1.0) was determined hourly using a particle-into-liquid sampler at the Gosan Climate Observatory. Three distinctive pollution plume types were identified: haze aerosols impacted by biomass combustion, nanoparticle bursts associated with outflow from Beijing, and saline soil particles from salt deposits. The highest PM1.0 concentration was observed in a fall haze event, under near-stagnant high-pressure synoptic conditions that were characterized by the lowest visibility (< 5 km) and the highest K+ and OC concentrations, indicating the influence of biomass combustion. When strong high-pressure systems develop in China, they efficiently export fresh urban emissions from Beijing to the study region, as distinguished by nanoparticle bursts of > 104 cm–3 with highly elevated SO2 levels, even during the night. When air masses move rapidly from northeastern China to Gosan under strong wind conditions, the Ca2+ concentration, along with that of Cl– and Na+, is enhanced in PM1.0, which is attributed to the influence of saline transport from dry lakes. The results of this study reveal compositional details and information on both number and mass concentration for different PM1.0 plumes from anthropogenic and natural sources, all of which are associated with different kinds of Chinese outflow events. 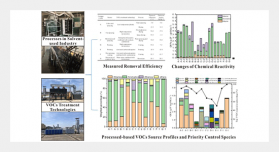 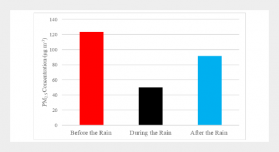