This study aimed to characterize the wintertime surface aerosol chemistry over islands and mountains sites (i.e., Cape Fuguei, Mt. Bamboo, Mt. Lulin, Cape Hedo, and Kumamoto) in East Asia. Aerosols were sampled over a 24-h period as part of an intensive observational period (IOP) in winter 2015. Aerosol samples were analyzed for water-soluble inorganic ions (WSIIs), organic carbon (OC), and elemental carbon (EC). PM2.5 mean concentration (in µg m–3) was found the highest over Kumamoto (22 ± 7), followed by Cape Fuguei (20 ± 9), Cape Hedo (11 ± 5), Mt. Bamboo (10 ± 13), and Mt. Lulin (4 ± 3). Strong correlations (r > 0.91) in ion charge balance suggested the good quality of data-sets and the ions share common source origins. Larger variations in (non-sea-salt-sulfate) nss-SO42– and NH4+ over all the sites indicated the significant contribution of anthropogenic emissions from continental Asian outflow. OC was found the most abundant resolved component in PM2.5 over Mt. Lulin (37.58 ± 25.90%) and Mt. Bamboo (33.24 ± 24.11%) than that over Cape Fuguei (11.94 ± 3.48%). OC3 (evolved at 280–480°C) was the most abundant in OC over all the sites, indicating the possible contributions of biomass-burning (BB) while EC1-OP (EC evolved at 580°C minus the pyrolized OC) was found the highest in EC over Cape Fuguei. Analysis of back-trajectories and fire-counts suggested the influence of long-range transported BB from continental Asian outflow. Higher concentrations of PM2.5 along with the BB tracers (i.e., NO3–, OC3, and EC1-OP) were also observed during the influence of continental Asian outflow. This study provides needful information to understand the effect of continental Asian outflow on the air quality over East Asia. We propose the long-term and extensive field measurements to upgrade our knowledge on continental Asian outflow BB influence over islands and mountains in East Asia. The Role of PM2.5 Chemical Composition and Meteorology during High Pollution Periods at a Suburban Background Station in Southern Poland 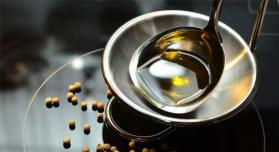