In December 2015, the Beijing-Tianjin-Hebei (BTH) region experienced several episodes of heavy air pollution. Beijing municipal government therefore issued 2 red alerts on December 7 and 19, respectively, and also implemented emergency control measures to alleviate the negative effects of pollution. It is estimated that the heavy pollutions in 2 red alert periods in Beijing were due mainly to the accumulation of air pollutants from local emission sources and the transboundary transport of pollutants from surrounding areas. The collected meteorological and PM2.5 data indicate that the severity of air pollutions were enlarged by the poor meteorological conditions along with lower mixing layer height. In this study, the WRF-CAMx modeling system was utilized not only for analyzing the contributions of PM2.5 from different sources, but also for quantitatively assessing the effects of implementing various emergency control measures on PM2.5 pollution control during the red alert periods. The modeling results show that local emissions were the most dominant contributors (64.8%–83.5%) among all emission sources, while the main external contributions came from the city of Baoding (3.4%–9.3%). In addition, among 5 different emission source categories, coal and traffic were the two dominant contributors to PM2.5 concentration in urban area of Beijing. Then four pollution control scenarios were designed particularly to investigate the effectiveness of the emergency control measures, and the results show that, generally these emergency control measures have positive effects on air pollution reduction. In particular, restrictive measures of traffic volume control and industrial activity shutdown/suspension have been found as the most effective measures in comparison to other emergency control measures. It is recommended that such effective measures should be considered to implement when next time similar heavy air pollutions occur in the city of Beijing. 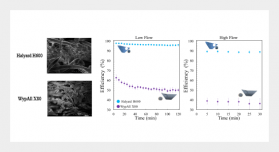