Activated carbon aerogel (CA)-based amine-loaded adsorbent has been successfully developed for CO2 capture. The adsorbents were characterized by scanning electron microscope (SEM), Fourier transform infrared spectroscopy (FT-IR), N2 adsorption/desorption and thermogravimetric analysis (TGA). The CO2 adsorption performance was tested by the fixed bed system at 5% CO2 concentration. The effects of the mass ratio of KOH to CA, type of amine, amine loadings, addition of polyethylene glycol (PEG) or surfactants and adsorption temperature on the CO2 capture performance of amine-loaded activated CA as well as the regeneration capability were examined. The results show that the adsorbents effectively remove 5% CO2 from gas mixtures. The optimum adsorption temperature and amine loadings of polyethyleneimine (PEI)-loaded activated CA are 75°C and 55 wt.% respectively at the activation mass ratio KOH to CA of 1. Under these optimum conditions, the PEI-loaded activated CA reaches the highest adsorption capacity of 2.06 mmol g–1 adsorbent. Addition of PEG facilitates the CO2 adsorption. Suyadal’s and Yasyerli’s deactivation models both fit the experimental breakthrough curves of tetraethylenepentamine (TEPA)-loaded activated CA better than that of PEI-loaded activated CA. The adsorption kinetics nonlinear fitting results show that the adsorption process follows Bangham model. 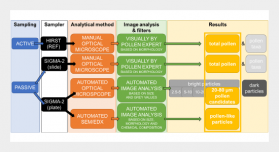