Empty
Aerosol and Atmospheric Chemistry Others 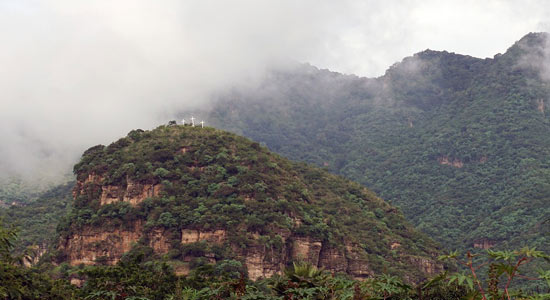 The character of fog in a region centered at Mexico City International Airport was investigated using 10 years of historical data. Hourly surface observations, synoptic charts, satellite images and twice-a-day radiosondes were used to identify fog events under the influence of various synoptic and mesoscale features. A quantitative assessment on the likelihood of which mechanisms lead to fog formation was obtained. Also, three fog events (radiation, advection and frontal) were simulated with the Weather Research and Forecasting (WRF) model, and the results were compared to observations. The study included a comparison of the skills of different planetary boundary layer (PBL) and microphysical schemes. A sort of generalization cannot easily be applied, but allows one to determine which parameterizations performed better for each case in a high, tropical region. In general, from the model results for liquid water content, the cloud microphysics WSM3 and PBL Yonsei University schemes reproduced advection and frontal fog events quite well, whereas CAM 5.1 and Quasi-Normal Scale Elimination schemes worked better for radiation fog episodes.