For the management of coal fly ashes (CFAs) from coal-fired power plants (CFPPs), characterization of PAHs and PCBs in CFAs is imperative. The 18 PAH and 86 PCB congeners in CFAs collected from 18 large-scale CFPPs in China were detected using GC/MS system. The PAH concentrations were in the range of 5.51–70.9 ng g–1 for 16 CFPPs with individual block power capacity as 600 MW (IBPC-600), significantly lower than 886–916 ng g–1 for 2 CFPPs with IBPC as 200 and 300 MW (IBPC-200/300). Both PAH and PCB congeners for 18 CFPPs were dominated by low molecular weight ones. The 3- and 2-ring PAHs, di-, tri- and tetra-PCBs were the predominant homologs. PAH profiles for 16 CFPPs with IBPC-600 were significantly different from other industrial stacks based on higher coefficients of divergence. The BaP-based toxic equivalency (BaPeq) concentration and BaP-based equivalent carcinogenic power (BaPE) for 16 CFPPs with IBPC-600 were 0.834 ng g–1 and 0.570, much lower than corresponding 20.5 ng g–1 and 15.4 for 2 CFPPs with IBPC-200/300. No difference existed for Σ86PCBs between CPFFs with IBPC-600 and -200/300, which ranged from 9.60 to 32.1 ng g–1. Higher mean carcinogenic PAH concentrations for 2 CFPPs with IBPC-200/300 and PCBs-TEQ concentration for 18 CFPPs indicated the application of CFAs as soil amendment should be prohibited. The PAH concentrations for 18 CFPPs were well correlated with the total organic carbon (TOC) values, while PCB concentrations showed not this trend, indicated the different formation mechanism between PCBs and PAHs. 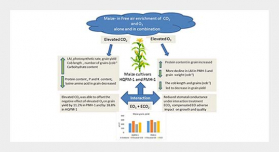