Measurement of PM2.5 and PM10 Concentrations in Nakhodka City with a Network of Automatic Monitoring Stations Assessing the Filtration Effectiveness of a Portable Ultraviolet Air Cleaner on Airborne SARS-CoV-2 Laden Droplets in a Patient Room: A Numerical Study 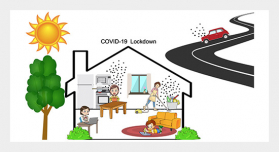