In this study, a unit-based approach was used to establish an integrated emission inventory of primary PM2.5 from fossil fuel (coal, oil, and natural gas) power plants in China. The inventory was of high spatial and temporal resolution, and composed of detailed chemical speciation. In 2014, the total emissions were estimated to be approximately 669.53 kt. The emissions of primary PM2.5 from coal-fired power plants (CFPs) were 668.56 kt, making CFPs the largest contributor. The emissions of primary PM2.5 from oil-fired power plants (OFPs) and natural gas-fired power plants (GFPs) were approximately 17.41 t and 945.60 t, respectively. Spatial distribution features demonstrated that the emissions in the eastern and central provinces of China were much higher than those in the west, except for provinces involved in the “west-to-east power transmission” project. For CFPs, crustal elements and water-soluble inorganic ions were the primary species of PM2.5. By contrast, for OFPs and GFPs, carbonaceous components were the predominant species of PM2.5. Moreover, this study conducted a scenario analysis of changes in PM2.5 emissions resulting from technical advancement, penetration, and substitution of CFPs by GFPs for the target years. 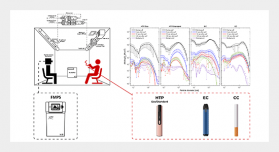 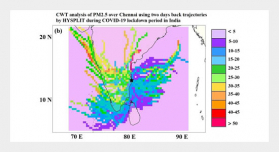