Cloud water samples were collected during March to May 2009 at Mount Heng (27°18′N, 112°42′E, 1269 m A.S.L.), a high altitude site in southern China. The samples were analyzed by GS-MS to investigate the distribution, transport pattern, scavenging ratios and possible sources of PAHs. During the observation campaign, the concentration of total (in both particle and dissolved phase) PAHs in cloud water ranged from 323.0–5660 ng L–1, with an average of 1589 ng L–1. BbF was the most abundant compound, contributing to 14.50% of the total PAH concentration, followed by PhA, FluA, Pyr, BaA and Chr. Particle scavenging (Wp) was the dominate removal mechanism, accounting for over 77% of the total scavenging. Significant negative relationship was found between logWp and supercooled vapor pressure of PAHs, suggesting that particle scavenging by cloud water is more efficient for higher molecular weight PAHs. During the observation period, air mass was suggested to mainly originate from south or southeast of China based on back trajectory analysis, while air masses coming from northern China had highest PAH concentration. Diagnostic ratio and principal component analysis indicated that PAHs in cloud water at Mount Heng might originate from multiple sources. 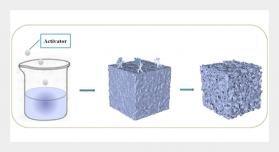