The number of workers potentially exposed to nanoparticles (NPs) in industrial processes is constantly increasing, even though the toxicological effects of these compounds have not yet been fully characterized. The hazards associated with this exposure can be assessed most relevantly by toxicology studies involving inhalation of nanoaerosols by animals.

In this paper, we describe and characterize an aerosol generated in a nose-only exposure system used to study the respiratory effects of NPs in rat; this system was designed to meet the most stringent requirements for animal testing in terms of protection of operators against risks associated with NPs and biohazards and to comply with the OECD guidelines for chemical testing.

The test atmosphere was stable in terms of concentrations and distributions (mass or number) between different inhalation towers on a given day and between days (intra-experiment), as well as between inhalation campaigns (between experiments). In terms of the respiratory deposition profile, preliminary results after exposure for one month indicate that this system is relevant, and should therefore be appropriate for in vivo inhalation toxicity studies. 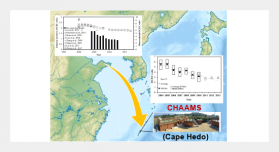