The seasonal variation and spatial distribution of atmospheric particles at three islands in the Taiwan Strait were investigated. Atmospheric particles (PM10) were collected at three offshore islands (i.e., Kinmen islands, Matsu islands, and Penghu Islands) and two coastal regions (i.e., Xiamen and Fuzhou) in the years of 2008–2012. Field sampling results indicated that the average PM10 concentrations at the Kinmen islands were generally higher than other sampling sites, suggesting that a superimposition phenomenon was regularly observed during the air pollution episodes at Kinmen Islands and Xiamen region. PM10 samples were analyzed for their chemical composition, including water-soluble ions, metallic elements, and carbonaceous content. The most abundant water-soluble ionic species of PM10 were recognized as SO42–, NO3–, and NH4+, indicating that PM10 was mainly composed of secondary inorganic aerosols. Although natural crustal elements dominated the metallic content of PM10, the most abundant anthropogenic metals of PM10 were Zn and Pb. Enrichment factor calculations showed that Ni, Cr, and Zn were the enriched elements emitted mainly from anthropogenic sources. Moreover, the OC concentration of PM10 was always higher than that of EC at all sampling sites. High OC/EC ratios of PM10 were commonly observed at the sampling sites on the Matsu Islands, the Fuzhou region, and the Penghu Islands. Source apportionment results indicated that vehicular exhausts were the main source of PM10, and followed by industrial boilers, secondary aerosols, soil dusts, biomass burning, petrochemical plants, steel plants, oceanic spray, and cement plants at the island and coastal sampling sites in the Taiwan Strait. 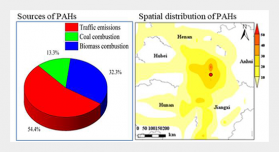 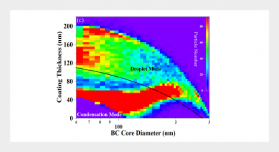