The transport sector is a major consumer of fossil fuels especially petroleum diesel, which is used to power diesel engines used on-road and off-road in trucks, tractors, passenger cars as well as marine vessels. This is because the diesel engine offers various benefits compared to the spark ignition engine. The advantages include superior fuel efficiency, higher thermal efficiency, greater power output, better fuel saving, lower carbon dioxide (CO2) emission, larger torque and greater durability. Conversely, the diesel engine is a major source of both criteria and non-criteria air pollutants, which contribute to the deteriorating air quality thereby putting the health of mankind at risk. The objective of this study was to investigate the performance of butanol- microalgae biodiesel-diesel blends in terms of energy performances and pollutants’ emission reductions by comparing the brake specific fuel consumption (BSFC), brake thermal efficiency (BTE) and exhaust gases temperatures as well as the nitrogen oxides (NOx), particulate matter (PM), polycyclic aromatic hydrocarbons (PAHs), carbon monoxide (CO) and hydrocarbons (HC) of various diesel blends and against the baseline performance of regular petroleum diesel. All diesel blends showed higher BSFCs and BTEs compared to regular petroleum diesel, whereby BT20W0.5 had the highest BSFC and BT15B2 had the best performance in terms of BTE. Among the diesel blends, only 2% microalgae added to diesel blends increased the NOx emissions by about 2%, while for the addition of 10–20% butanol fractions and 0.5% water fractions resulted in lower NOx emissions by about 12–28%, when compared to petroleum diesel. All the diesel blends considered in this study showed PM reductions ranging between 22.4% for B2 and 60.4% for BT15W0.5%, while reductions of PAH emissions were ranging from 6.5% for B2 to 22.76% for BT20W0.5. On the other hand, only the use of 2% microalgae biodiesel showed reductions in CO emissions of about 0.34% and 1.01% for B2 and BT20B2 blends, respectively, while other diesel blends showed increased CO emissions of about 1.72–2.94% in comparison to CO emissions of diesel fuel emissions. The addition of higher butanol fractions of 20% increased the HC emission factors by approximately 18% and 70%, while the HC emission factors for biodiesel, 10–15% butanol fractions and 0.5% water additions lead to reductions in emission by about 8–50%. According to the results of this study, more research is recommended on the economic potential of using of oxygenated additives in diesel engine especially water addition, higher alcohols and dieselhols blends to evaluate the possibility of synergetic properties of these kinds of fuels to achieve simultaneous reductions in the emissions of NOx, PM, CO, HC, PAHs and other persistent organic pollutants (POPs). Estimating Mortality Related to O3 and PM2.5 under Changing Climate and Emission in Continental Southeast Asia 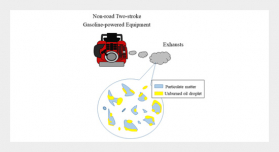 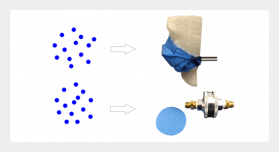