In this study, the daily PM2.5 atmospheric aerosols were collected on quartz and PTFE filters simultaneously from January 2008 to December 2009. Organic carbon (OC) and elemental carbon (EC), water-soluble ions including SO42–, NO3–, Cl–, NH4+, K+, Ca2+, and Mg2+ were analyzed for the samples. The annual average mass concentration of PM2.5 for PTFE was 79 µg m–3. The OC, SO42–, NO3–, NH4+ accounted for about 75 % of PM2.5, and secondary organic carbon (SOC) was estimated about 50% of OC. Monthly averages of SO42–, NO3–, NH4+, K+ were maximum in June and minimum in October, but EC, Cl– displayed the highest in December and the lowest in July, which is related to the coal-combustion emission from heating. Three groups with high, medium and low PM2.5 concentrations were categorized. SO42–, NO3–, OC and NH4+ accounted for 24%, 20%, 21% and 11% of sum of defined components in the high concentration days. In the medium and low concentrations, OC occupied large fractions of defined components. Mass closure was obtained for PTFE, but not for quartz. The PM2.5 mass concentrations on quartz filters were about 50 µg m–3 higher than that on PTFE. The concentrations of water soluble ions on quartz filters were about 60–70% of that on PTFE filters. About 15–30% of PM2.5 was considered as the contribution of water vapor, the artifact of water vapor on quartz filter should be noted in later research works. PM2.5 displayed neutral during the year of 2008 and appeared acidic at the next year according to the calculation of cations/anion, concentration of hydrogen and acidic purity. Carbonaceous aerosols occupied same fractions in neutral and acidic aerosols. While sulfate and nitrate contributed 32% and 21% to PM2.5 for acidic aerosols, and 22%, 17% of PM2.5 from sulfate and nitrate for neutral aerosols. 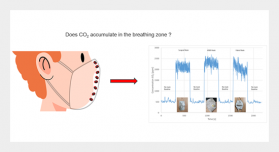