The objective of this study is to examine the seasonal and inter-annual variation of particulate matter (PM2.5 and PM2.5–10) primary and secondary emissions from natural sources and their contributions to total PM emissions over the Athens and Thessaloniki metropolitan areas (Greece; AMA and TMA respectively), during the period 2000–2010. Therefore spatiotemporally disaggregated emission inventories for PM2.5, PM2.5–10 and BVOCs (Biogenic Volatile Organic Compounds), precursor to PM, from natural sources (vegetation, sea surface and wind erosion of soil) were created and compared to anthropogenic emissions in the areas. The results showed that the contribution of natural sources to PM10 emissions was significant (~79% for AMA; ~46% for TMA). Sea surface was the most abundant source of PM2.5–10 emissions in both areas whereas windblown dust accounted for a relatively small fraction of total natural PM10 emissions in AMA and TMA (~8%; ~12.5%). In addition, BVOCs emissions accounted for approximately 0.3% and 1.6% of total primary and secondary PM10 emitted from the AMA and TMA, respectively. It was found that the relative contribution of natural sources to total PM10 emissions has increased in both areas (0.9% in AMA and 27.6% in TMA) from the beginning to the end of the studied period. There was no significant seasonal variation observed in the natural PM10 emissions or to their contribution to total PM10 emissions while BVOCs emissions were increased during the warm period due to the enhanced solar radiation and temperature. The period averaged share of primary PM10 and gaseous precursors to secondary aerosol formation from natural sources to total equivalent PM10 mass in the areas was approximately 32% in AMA and 12% in TMA. 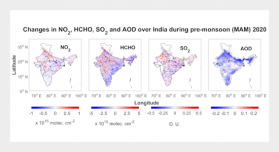 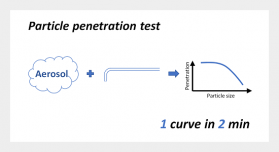