Peroxyacetyl nitrate (PAN) is a trace constituent of the atmosphere but plays important roles in air pollution and atmospheric chemistry. To understand the chemical and transport processes of PAN in the Pearl River Delta (PRD) region, measurements of PAN, its precursors and related parameters were made at a regional background site in late summer and late autumn of 2011. Despite the fairly low ambient levels of PAN in general, several photochemical episodes with peak concentrations of PAN and ozone (O3) as high as 4.86 and 189 ppbv were observed when the region was under influence of a tropical cyclone. PAN showed a seasonal variation with higher levels in autumn than in summer. PAN production efficiency, defined as the amount of PAN formed per unit amount of nitrogen oxides (NOx) oxidized, was examined for the polluted PRD plumes, which indicated that PAN production accounted for on average approximately one third of the NOz formation. The photochemical production efficiency of PAN was much lower with respect to that of O3, suggesting that ~2.9 ppbv of PAN could be produced per formation of 100 ppbv of O3 in the PRD plumes. Varying air masses including maritime air, regional air masses from the PRD, and continental outflow from eastern China were identified, which showed different chemical signatures in terms of both pollution levels and NOz budget. The highest abundances of PAN were measured in the PRD air masses, compared to the lowest concentrations in the marine air. Overall, the present study provides some new insights into the photochemical production and regional transport of PAN in the PRD region, where such investigations were very scarce before. 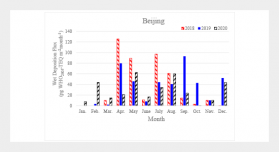 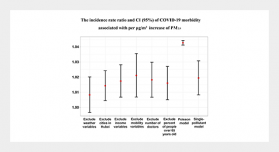 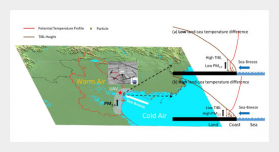 An Overview: Organophosphate Flame Retardants in the Atmosphere