The effect of variable sampling duration on the determination of exponential decay rates using integrating samplers has been explored. The theoretical basis is developed and two practical methods are presented for processing sampled data, an iterative linear least squares approach and a non-linear least squares approach. These methods are compared to a simple, non-iterative, linear least squares approach that neglects the variation in sample duration, for idealised and experimental data. The degree of error introduced by the simple method, using three different reference times, is determined for a range of sampling parameters. Errors in the estimated decay rate were seen to depend on the product of the true decay rate and the initial sample duration, and also the ratio of sample duration to the previous sample. In addition, the error was affected by intervals in the sampling sequence when present. Errors as large as 80% were observed for the parameter range studied. Despite the introduction of large errors in the decay rate, neglecting variation in sample time did not lead to strong deviation from linearity in curve fitting and may not be apparent to the unwary. 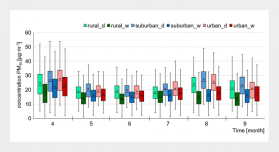 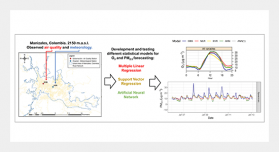 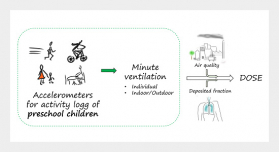