Aerosol light absorption is important to radiation balance, but it is difficult to accurately quantify using measurements. An intercomparison experiment for the measurement of the aerosol absorption coefficient (bap) was performed at an urban site in Beijing during the summer of 2012, including the filter-based particle soot absorption photometer (PSAP) and aethalometer (AE-31), and the reference photoacoustic extinctiometer (PAX), CRDS-Neph (cavity-ring down spectroscopy/nephelometer) system, and multi-angle absorption photometer (MAAP). The CRDS-Neph system and PAX performed poorly due to unexpected reasons. The corrected bap of the PSAP agreed well with the reference values determined by the MAAP, implying the applicability of this correction scheme as well as the credibility of the reference bap of the MAAP. A new conversion factor with a value of ~7.1 ± 0.05 m2/g at ~530 nm was established by regressing the reference bap against the AE-31 recorded black carbon (BC) concentrations, which is lower than the previously used value (8.28 m2/g).

Accordingly, the absorption Ångström exponent (αap) was estimated as 0.85 ± 0.21 on average. It was ~1 on clean days but significantly lower during pollution episodes, implying the main contributor to aerosol light absorption is freshly-emitted BC on clean days but aged BC during pollution. BC core sizes and the coating are likely to have a great impact on the αap, which needs further investigation. The mass absorption efficiency of BC was estimated by regressing the bap against the filter-analyzed elemental carbon (EC) concentrations, resulting in a mean of 9.2 ± 0.5 m2/g at 670 nm. It was remarkably higher during pollution episodes than on clean days, implying a high variation of aerosol properties, such as the mixing state, with pollution levels. 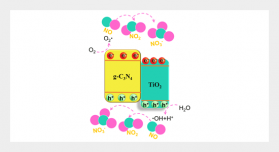