Air toxics were monitored in three locations in Albuquerque, New Mexico, U.S.A representing different land use configurations to determine the air toxics concentration gradient and factors controlling their ambient levels and to assess potential health impacts. The total polycyclic aromatic hydrocarbons (PAHs), heavy metals and volatile organic compounds (VOCs) concentrations at all sites ranged from 18.0 to 323.8 ng/m3, from 5.7 to 122.0 ng/m3 and from 0.1 to 18.7 ppbv, respectively. Sources of air toxics were determined using coupled positive matrix factorization and linear regression analysis. For PAHs, a mixture of emissions from traffic, oil residues and wood burning was identified. The comparison of PAHs relative distributions in Albuquerque to those emitted from three types of woodstoves showed a good correlation with emissions from non-catalytic woodstoves. The values for toluene/benzene, xylene/benzene and xylene/toluene ratios in Albuquerque indicated that traffic was the major source of aromatic VOCs. In addition, regression analysis of air toxics to daily PM2.5 source contributions showed that the vast majority of aromatic VOCs and PAHs were strongly associated with the secondary NO3– source category, providing additional evidence of the significant role of traffic emissions of air toxics and PM2.5 in Albuquerque. A small fraction of PAHs and heavy metals was associated with road dust, indicating that mechanically released dust particles may be contaminated by oil residues and vehicle exhausts. The annual hazard quotient values for benzene, toluene, xylene and methylene chloride were typical for urban communities dominated by traffic emissions and similar to those estimated for other urban areas in the U.S. The annualized cancer risks for benzene and methylene chloride were lower than 1-in-a-million. 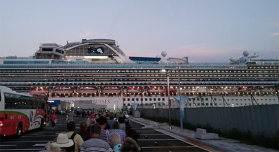