Particulate matter distributions in China during January 2013 were analyzed using hourly PM2.5 and PM10 concentrations from 74 cities. Five haze episodes occurred in this month. Both PM2.5 and PM10 concentrations increased rapidly at the beginning of January 2013 and remained at high levels throughout the month with monthly average values of 128.7 and 184.4 µg/m3, respectively. On January 12th, the most polluted day in this month, 13 cites were severely polluted with daily average PM2.5 concentrations greater than 300 µg/m3, and 18 cities were heavily polluted with daily average PM2.5 concentrations between 200 and 300 µg/m3. These episodes often occurred in a large spatial domain with the North China Plain as the most polluted area, including Jing-Jin-Ji area (Beijing, Tianjin, and Heibei provinces). Both PM2.5 and PM10 had good correlations with ambient CO, NO2, and SO2 concentrations. High PM concentrations often occurred at low wind speeds and high relative humidity. In addition, PM levels in January 2013 were compared with those from other international cities. 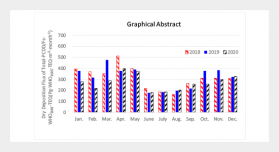 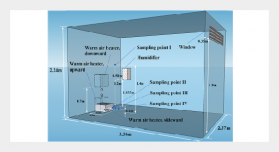