Aerosol PM2.5 samples collected from three sites in Wuhan, China, during 2011–2012 were analyzed by gas chromatography-mass spectrometry to better understand the molecular composition and sources of carboxylic acids. The concentrations of total monocarboxylic acids did not show apparent seasonal variations in Wuhan. Palmitic acid and stearic acid were the most abundant species, accounting for 32.4%–62.4% (average 51.8%) of all quantified monocarboxylic acids. Oxalic acid was found as the most dominant dicarboxylic acid, followed by succinic acid at the three sampling sites. The total concentration of dicarboxylic acids displayed obvious seasonal variation, with the highest in summer (1036.7–1546.4 ng/m3) and the lowest in winter (126.8–211.0 ng/m3). Positive matrix factorization (PMF) revealed that coal combustion, traffic-related emissions and biomass burning are the most important contributors to carboxylic acids at industrial site, downtown site and botanical garden, respectively. Plant waxes and secondary photochemical products are also significant sources of carboxylic acids at the three sampling sites. 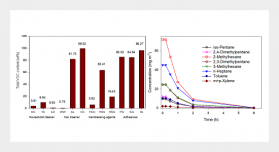 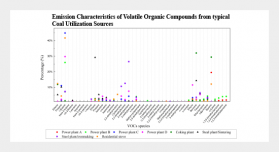 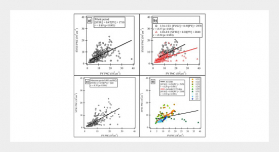