The reduction in vehicle exhaust emissions achieved in the last two decades is offset by the growth in traffic, as well as by changes in the composition of emitted pollutants. The present investigation illustrates the emissions of eight in-use gasoline and diesel passenger cars using the official European driving cycle and the ARTEMIS real-world driving cycles. Measurements comprised gaseous regulated pollutants (CO, CO2, NOx and hydrocarbons), particulate matter and its carbonaceous content (organic and elemental carbon, OC and EC), as well as about 20 different volatile organic compounds (VOCs) in the C6–C11 range. It was observed that some of the vehicles do not comply with the corresponding regulations. Significant differences in emissions were registered between driving cycles. Not all regulated pollutants showed a tendency to decrease from Euro 3 to Euro 5. The particulate carbon emission factors were significantly lower under the ARTEMIS Road compared with the ARTEMIS Urban driving cycle with cold start. In general, cold start-up driving conditions produced the highest emission factors. A tendency to the decline of carbonaceous emissions from Euro 3 to Euro 5 diesel vehicles was observed, whilst this trend was not registered for petrol-powered cars. The fraction of total carbon composed of EC was much lower in particles emitted by petrol vehicles (< 10%) than by diesel engines (50–95%). However, the EC content in emissions from more modern vehicles equipped with diesel particulate filter (DPF) is almost negligible. Among VOCs, benzene, toluene and xylenes were generally the dominant species. A significant decrease in emissions from Euro 4 to Euro 5 petrol-powered vehicles was observed. The trend in VOC emissions is unclear when diesel engines are considered. During DPF regeneration cycles, pollutant emissions are several times larger than those during normal engine operation. 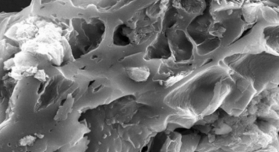