Field campaigns monitoring the aerosol optical properties and chemical components of PM10 were carried out in Beijing in 2006 summer. The average light extinction coefficient bext, dry aerosol scattering coefficient bsp and aerosol absorption coefficient bap were 895.0 ± 820.8 Mm–1, 364.0 ± 324.3 Mm–1 and 57.8 ± 31.1 Mm–1, respectively. bext, bsp and bap had the similar increasing trend during the formation process of haze. Pronounced diurnal cycles were observed for ω550 (aerosol single scattering albedo at 550 nm), bsp, bap and bext. The dry bsp was elevated during the daytime with a maximum mean value of 475.8 Mm–1 (LST 06:00). bext, PM2.5 mass concentration and PM2.5/PM10 ratio increased at night due to continuous emissions of pollutants to the lower nocturnal boundary layer, and decreased during the daytime due to convective mixing. bap increased at night, and decreased during the daytime and reached the minimum (37 Mm–1) at LST 16:00. The single scattering albedo reached its maximum (0.87) at LST 11:00. This trend was consistent with the SNA (sulfate, nitrate, and ammonium)/PM10 ratio and was contrary to the BC (black carbon)/PM10 ratio, which demonstrated that secondary pollution largely influenced the scattering ability of aerosols. Ammonium sulfate, ammonium nitrate, organic mass, elemental carbon and coarse mass contributed 26.5%, 15.2%, 21.8%, 16.1% and 20.4% to the total extinction coefficient during clean days, and 44.6%, 22.3%, 13.6%, 10.8% and 8.7% during hazy days. The fractional contributions of ammonium sulfate and ammonium nitrate were significantly higher during the hazy time than those during the clean days. While the fractional contributions of organic mass, elemental carbon and coarse mass were lower during the haze time than those during the clean days. 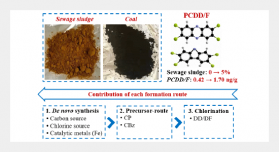