A few field studies have reported high levels of in-cabin ultrafine particles and discussed certain contributing factors such as vehicle operations and atmospheric meteorological conditions. However, to generalize limited field study results to a wide range of conditions, a deeper understanding of affecting factors and a simple model that can predict on-road particle concentrations are essential. This paper has two objectives, first, to analyze the effects of surrounding vehicle density, relative freeway lane position, and vehicle speed on measured particle concentrations on two California freeways, I-405 (5% diesel) and I-710 (25% diesel). The second objective is to test the use of Emission Factor (EMFAC) 2007 and Caline4 (CL4) models in predicting on-road particle concentrations. Particle number and mass concentrations were collected using a mobile laboratory driving on the I-710 and I-405 freeways. Particle number concentration was found to be affected by the density of surrounding heavy duty diesel trucks which is consistent with previous studies. The highest particle number concentrations were measured in the outer lanes on the freeway and the lowest was in the inner lanes. The highest levels of particles were measured at vehicle speeds of 40–50 mph. Analysis of CL4 model was conducted using factor-of-two test. For the I-710, 85% of values were within the factor-of-two envelope, and for the I-405, 77% were within the envelope. Regression analysis showed that the model is able to account for 43% of the variability on the I-710 and 26% of the variability on the I-405. The use of CL4 in conjunction with EMFAC shows promise as a simple tool to estimate on-road PM2.5 concentration. 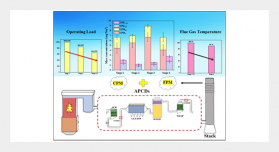 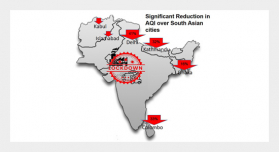