Methane (CH4) is a significant greenhouse gas (GHG's) with a relatively short atmospheric lifetime of about 12 years, and is released to the atmosphere by biological processes occurring in anaerobic environments. The CH4 is second in importance only to CO2 with regard to its environmental effects, and its relative global warming ability is 23 times that of CO2 over a time horizon of 100 years. The interannual distribution of atmospheric CH4 has been studied in Peninsular Malaysia during the period 2003–2009 using Atmosphere Infrared Sounder (AIRS) data, onboard NASA's Aqua Satellite. The analysis of CH4 above five dispersed stations in the study area shows that the high CH4 growth rates observed at the end of each year can be attributed to the increased emissions from biomass burning and wetlands, and the reduced hydroxyl (OH) sink. In particular, we observe a quasi-biennial variation in CH4 emissions in Peninsular Malaysia, with varying magnitudes in peak emissions occurring in 2004, 2006, and 2008. The seasonal variation in the CH4 fluctuated significantly between northeast (NEM) and southwest (SWM) monsoon seasons. The CH4 value in the NEM season was higher than in the SWM season, and higher in the north regions, above the latitude 4°, than in the rest of area throughout the year. To study the CH4 distribution over peninsular Malaysia for 2009, monthly CH4 maps were generated using the Kriging interpolation technique. The AIRS data and satellite measurements are able to measure the increase in the atmospheric CH4 concentrations over different regions. 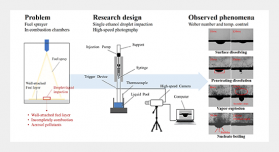