To the best of our knowledge, the formation mechanisms of PBDEs in the combustion system, fly ash, as well as their relation with temperature, have never been investigated. In this study, the formation mechanisms of PBDE soccurring in the processes of heating fly ash have been investigated using a laboratory furnaceand graphite crucibles in order to clarify the effects of temperature. A dramatic increase in total PBDE content in the heated water-washed fly ash (3.33 ng/g) occurred, 17.7 times higher than that of the unheated one (0.188 ng/g), when the heating temperature reached 400°C. We speculate that at this temperature, PBDEs form through de novo synthesis as well as heterogeneous solid-phase reactions of the precursor mechanisms. Another dramatic increase in PBDE content in the water-washed fly ash occurred in the range 650°C–850°C, due to the enormous amounts of brominated aromatic precursors that are formed, and then condensed or are adsorbed onto the surface of the fly ash during the cooling down to 400°C, where PBDEs form through de novo synthesis and precursor mechanisms. The raw fly ash contains more alkaline compounds such as sodium and calcium compounds than the water-washed fly ash, which are inhibitors for the formation of precursors and PBDEs. Consequently, the water-washed fly ash has much greater PBDE formation potential than the raw fly ash. 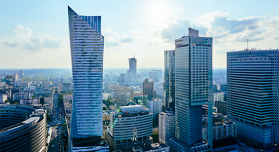