Research into exercise and particulate air quality demonstrated that increased physical activity and the related increase in minute ventilation are decisive factors enhancing the effect of polluted air on the well-being and/or health of the examined individuals. As the intensity of exposure increases, so does the amount of inhaled particulate matter. These facts were among the main subjects of heated discussions during the preparatory phase of the XXIX Summer Olympic Games, held in August 2008 in Beijing, China, because this megalopolis is one of the most polluted urban areas in the world. To assess the effect of air pollution on the elite athletes health, ambient temperature, relative humidity and particulate matter with aerodynamic diameter below 10 μm (PM10) were measured during the XXIX Olympic Games in Beijing between August 3 and 24, 2009 in the Beijing Olympic Village. Continuous (15-minute) temperature and relative humidity values were monitored by a datalogging thermo-hygrometer, and PM10 measurements were performed by a fast-responding DustTrak nephelometer. The temperature and PM10 concentrations were significantly higher during the week preceding the Olympic Games than during the Games. In contrast, the relative humidity was lower during the pre-Games period than during the Games. One possible explanation for this fact is that the promised restrictions of emissions in the traffic and industrial sector may have been successful; at the same time, however, decreased ambient temperature and increased frequency of rain presumably contributed to the substantial improvements in weather and pollution conditions. According to our results, we can conclude that the participants at the XXIX Summer Olympic Games in Beijing were not at risk from poor air quality in terms of health and/or performance. 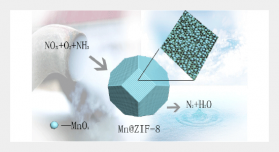