Agricultural fire is an important source of atmospheric carbonaceous aerosols. To better understand biomass burning emission originating from fire over Asian agriculture areas and its transport into the downwind atmosphere, aerosols and major trace gases were measured continuously from 22 May to 30 June at Shanghai during the summer harvesttime of 2009. Water-soluble K material contained in aerosols showed a clear day-to-day pattern with an average of 1.25 ± 1.48 µg/m3. K ion loading and ratio of K ion to PM10 drastically increased during ‘K event’ days, accompanying with high PM10, SO2, and NO2 levels. MODIS remote sensing fire map revealed about 80% agricultural fires occurred in the agriculture areas of Anhui, Jiangsu, Shandong and Henan provinces. Four potential source areas of agricultural fires, identified as Shanghai, Zhejiang, Jiangsu and Anhui provinces, had significant contributions to worsen the air quality of Shanghai during the harvest season. 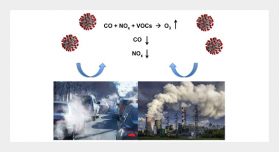 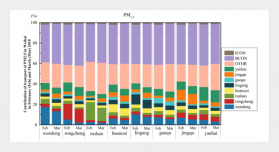 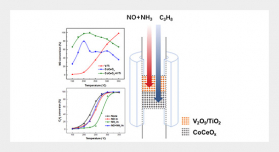